Myanmar’s military junta has killed 1,300 people and arbitrarily detained or arrested more than 10,800 people since the coup in February. Even at this time, the military is indiscriminately committing crimes against humanity, especially in states where ethnic minorities reside. The junta is able to fund the military and purchase weapons to slaughter civilians with funds from natural gas projects collected by the Myanma Oil and Gas Enterprise (MOGE). Criticism has been raised universally from inside Myanmar, by the United Nations and the international community that multinational companies such as POSCO International, Chevron, TotalEnergies and PTTEP which operate or invest in natural gas projects in Myanmar are providing the funds to sustain the junta.

To operate natural gas businesses in Myanmar, multinational companies must form a joint venture with a state-owned enterprise, MOGE, which in reality is no more than a government department. Myanmar’s Ministry of Planning, Finance and Industry forecast MOGE to earn $1.5 billion in revenue in each of 2020/21 and 2021/22. Since the coup, MOGE revenues have been seized by the junta, solidified its hold on power and funded its massacre of citizens.

The United States and the European Union have already sanctioned other state-owned enterprises in the extractives sector, specifically because they fund the regime. The interests of TotalEnergies, Chevron and their governments mean those governments have effectively blocked sanctions on MOGE’s larger and simpler revenues at the E.U. level and in the U.S..  The responsibility for this ultimately lies with President Macron and President Biden.

If sanctions were imposed on gas revenues, the effect on the junta’s finances would be significant. Therefore the United States and the European Union must sanction MOGE to freeze its financial assets and suspend transfers from multinational corporations for the revenues from the natural gas business to MOGE accounts, including to Singapore-based banks in US dollars or euros.

If we do not act now, huge profits from the natural gas project will keep flowing back to the junta and they will continue to harm citizens. Avoiding any action on oil and gas revenues is not a do no harm option.

This Sanctions on Myanmar Gas Revenues Global Campaign aims to collect more than 300,000 individual signatures worldwide from December 16 to February 1. Civil society in each country will promote the campaign via various social networks. In January 2022, a conference is scheduled to hear the voices of experts and activists in the field on the topic of “Why should sanctions be imposed on gas revenues?” and “Why do we need to focus on the gas and oil industry?”

The collected signatures will be delivered to President Macron, President Biden, the E.U., U.S,. U.K., Australia and Canada on February 1, 2022, the year anniversary of the coup. 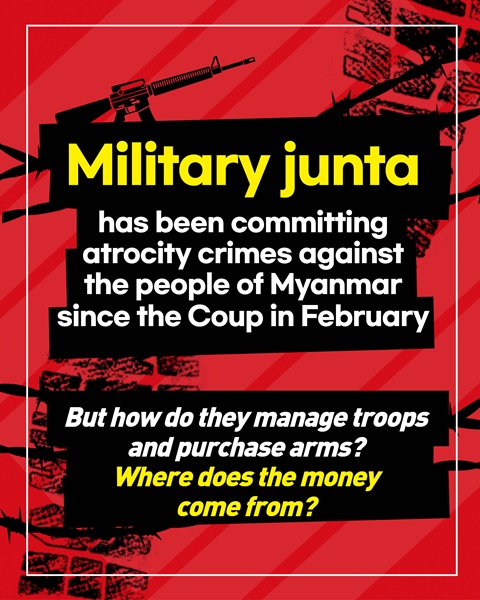 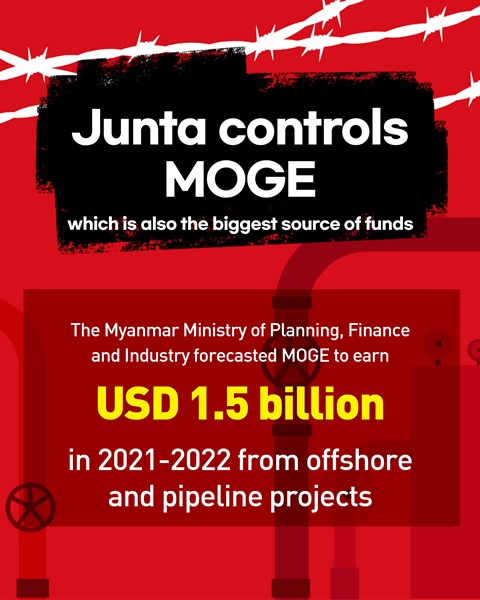 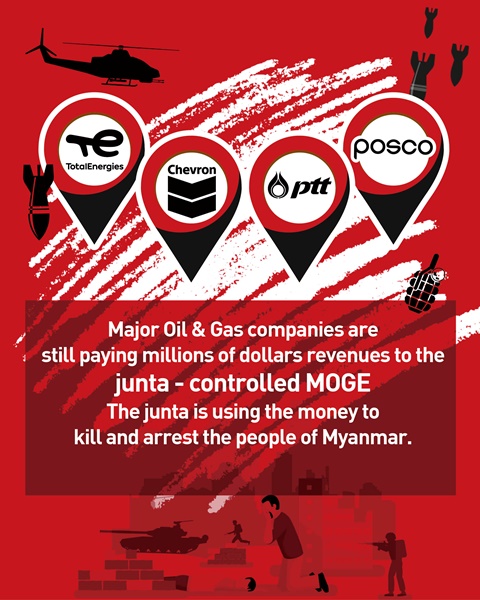 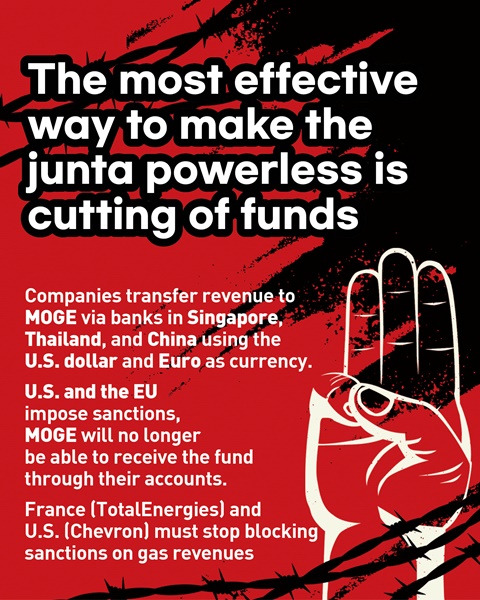 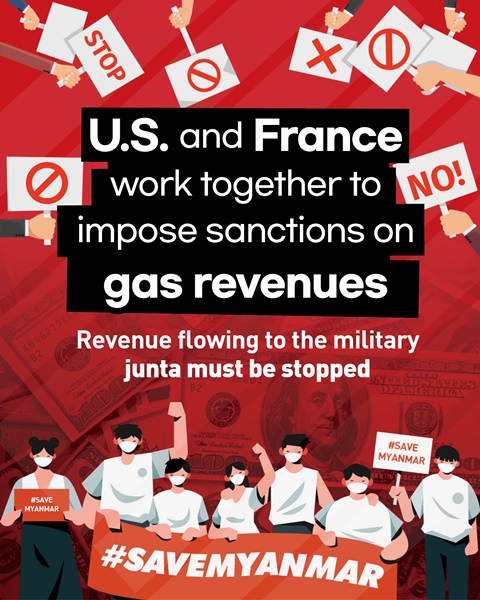