1. Algorithms have been criticized as the facilitator of disinformation. However, the filter bubbles and echo chambers effect that algorithms create are also used by good-doers and activities to spread their ideas. It is not this amplifying effect that we should be focused on as long as the users are given a choice to whether to turn the recommending feature on or off. We should respond technology with technology. Algorithms can be deployed to flag disinformation and we humans can control which parameters are entered into to decide which postings constitute disinformation.

3. Germany’s NetzDG is being copycatted in Southeast Asia but with much worse applications. The idea that disinformation can be somehow combatted by holding platforms liable for not taking down notified content quickly has generated a series of “anti-fakenews” legislations in Southeast Asia constituting a strict liability regime where platforms are held liable for failure to take down unlawful content regardless of whether platforms could not know that the contents were unlawful. Under this scheme, platforms are erring on the side of taking down all contents notified by government or private complainants even if lawful because the penalty of false retention of the content is just too severe.

CDA Section 230 has been criticized for tolerating the platform operators knowingly refusing to take down harmful content. Those cases can be captured by general tort liability, not by imposing NetzDG-type of regulation that sets up a strict liability scheme.

The purpose of the workshop is to provide advice to the Special Rapporteur on the follow up of her recent report to the UN Human Rights Council and to make suggestions for her next report. In the first part of the meeting the participants will be invited to discuss the report on disinformation and make suggestions on how best to take forward the recommendations. The second part of the meeting will be a brainstorming session on media freedom, with a view to helping the Special Rapporteur to identify issues that could form the focus of her next report to the Human Rights Council. The meeting will be held under Chatham House Rule (no public attribution of speakers).

The workshop is jointly organized by the Office of the High Commissioner for Human Rights and the Albert Hirschman Centre for Democracy at the Graduate Institute.

3:15-4:15 Comments and feedback on the Special Rapporteur’s report on disinformation and freedom of expression

4:30-5:45 Input on forthcoming report on media freedom in the digital age 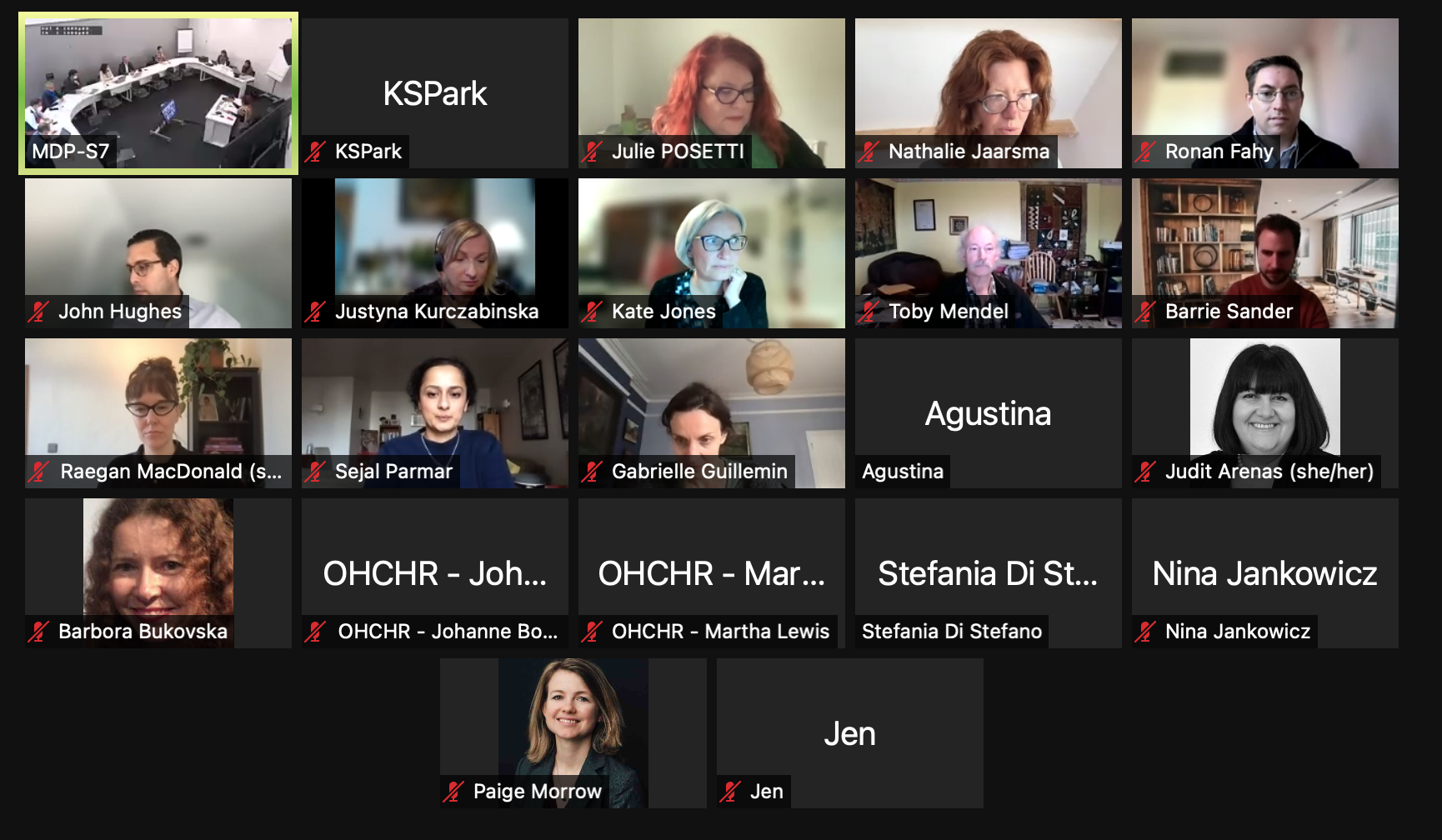