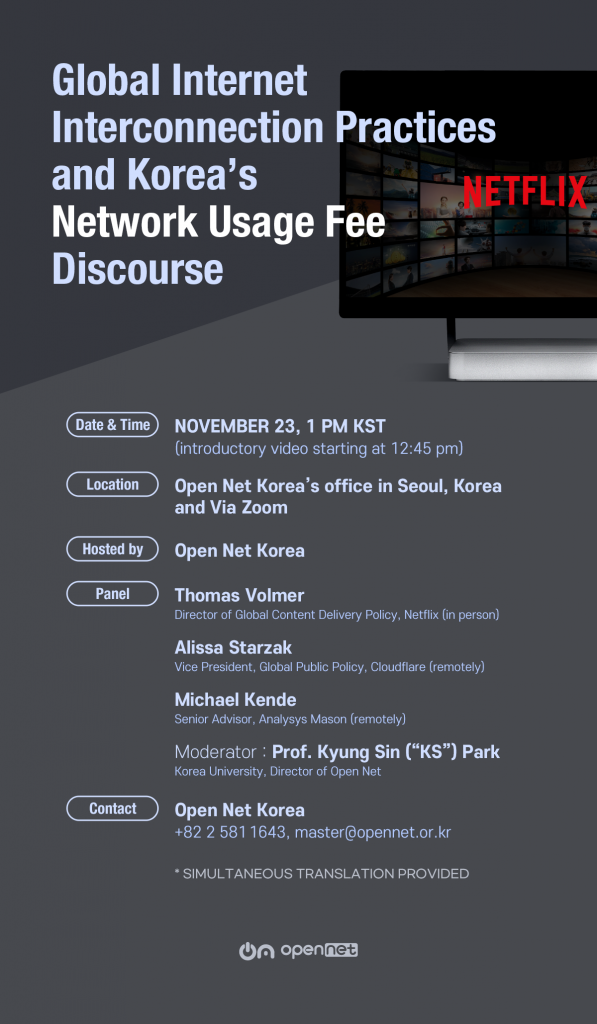 The success of Squid Game and Netflix have raised the cries of “free-riding on internet” against Netflix in Korea as Netflix has only settlement-free-peered with Korean ISPs. President Moon has indirectly supported a bill imposing “network usage fee” currently docketed in the national legislature. International human rights organizations including Human Rights Watch, Article 19, EFF, EDRi, PEN America, Wikimedia Foundation, etc., have called the bill as mandating ‘paid prioritization’ violating the net neutrality norm which requires ISPs to treat all data equally and therefore bans any type of payment for delivering (or prioritizing delivery of) data.

Netflix and foreign content providers operating in Korea also argue, independently of net neutrality, that they have already contributed to the users’ access to overseas data by shouldering the cost of bringing it all the way to the doorstep of Korean ISPs via sub-sea cables or cache servers. However, the local media is reporting that yet some other foreign content providers are already paying ‘network usage fee’ indirectly through commercial CDNs, and also that Netflix, Google, and others have actually paid ‘network usage fee’, further complicating the discourse.

*Please review the following videos for a better understanding of the technical terms, which will be played before the webinar begins:

Net Neutrality Explained v2: Why Internet is not charged like water and power